Please accept my apologies for being unavailable for this meeting which is perhaps the first I have ‘missed’ in the four years since I was first elected as a new Councillor for the Wallisdown and Winton West Ward of Bournemouth Council.

With the great news that Cllr Susan Phillips and myself have been re-elected ( Susan for her third term ) , I have to first pay tribute to Cllr Nicola Greene who now represents Westbourne Ward but her heart and indeed emotions are still with us and she has done so much to assist us in the past and going forward to represent such a great and beloved Ward for which Susan and myself care passionately.

It was the promise that accompanied the long awaited ‘local government reorganisation’ that “the Residents would notice no difference” and to that end , both of us have ensured our Ward ‘case work’ continues seamlessly with no lacking in energy or application.

In fact , it was a huge asset ( despite the huge physical challenge ) to ‘canvass’ hundreds of Residents about any “issues” that were troubling or concerning them and from litter picks , gully clearances , yellow lines , lighting repairs , litter and untaxed vehicle enforcement , we have been able to keep the Bournemouth and now BCP Council officers very busy indeed and they too have excelled in our expectations despite the organisational challenges over the last few months.

Judicial use of our ‘Local Improvement Fund’ monies along with the ‘Community Infrastructure Levy’ funds allotted to our Ward following consultations , support and evidencing from our valued and ever vigilant Residents in so many of our more prominent and ‘well represented’ roads has allowed us to tailor our bids to benefit residents and remedy situations and circumstances that cause , at best , inconvenience……..

The jewel that is Slades Park benefits from drinking fountains for dogs and dog walkers alike to our amazing new Active Dorset pavilion which will improve accessibility , use and community spirit for a wide ranging area of our Ward.

Again , Cllr Phillips’ vision and having listened to Residents for the best part of a decade affords her a ‘local touch’ most of us can only envy. I am by her standards still the apprentice !

We have addressed issues concerning and around our schools ( from litter , to dangerous parking – a long promised , ongoing and “to be continued” campaign from which we as local Councillors will not flinch or flag ) , issues around ‘homes of multiple occupancy’ ( speaking against Planning and succeeding in the latest case ) and the social issues that can emanate from these properties.

The major roadworks scheme for Wallisdown Road sees us attempting to prepare not only our Residents but our highways infrastructure for the change of flow and pinch points when contra-flows and the inevitable delays oblige drivers to seek ‘cut throughs’ where speed limits and safe driving must be brought to the forefront of their attention by whatever means necessary. We will be listing and watching and in constant touch with the BCP Council Highways department and our Road Safety Team to ensure no-one suffers from frustrations manifesting themselves in less than careful conduct of all motor vehicles in our Ward.

One major part of the new Council’s policy , the ‘Empty Homes Strategy’ , will see me reporting and checking on domestic properties that seem to be unoccupied or even abandoned for no apparent reason over extended time periods and I am gathering reports of such in WWW Ward to submit and monitor to the relevant BCP Officers. New charging mechanisms and compulsory purchase of

abandoned properties are now within our powers and have been exercised to advantage rehoming deserving families in other Wards.

Certain roads gain our attention more and more. Kingsbere Avenue , Hazell Avenue , Glenmoor Close ( obviously ! ) but Glenmoor Road , Nicholas Gardens , Vicarage Road , Hood Crescent , Bascott Road , Walliscott Road and Daws Avenue now compete for our attention with engaged and active Residents who deliver the thoughts , observations and , yes , ‘demands’ , of their neighbours and fellow Residents with persistence and regularity – and we as local Councillors , can only encourage that and indeed welcome it. Forsyth Gardens has come in for recent attention with a range of issues most of which have been or are being tackled. It is yet another area where your local Councillors have , indeed , “put their backs into it” ( along with support from the Police and Bournemouth Council who now have the Agency powers for the DVLA – hence so many cars now wearing DVLA yellow wheel clamps and more than one have been removed and crushed ).

Parking on corners and the subsequent restricted ‘sight-lines’ continue to trouble Residents and your local Councillors have had several ‘accident statistic updates’ in the last year which whilst recording a modest number of ‘incidents’ , we will always maintain that even ONE is too many………

Litter Picks around the Ward and on its borders saw dozens of bags of rubbish and major clearances working with other Ward Councillors ( one even found a five pound note which was donated to the Mayor’s Charity , the Bournemouth Leukaemia Fund ). The volunteer group called ‘The Dorset Devils’ continue to do good work across the Borough and Bascott Lane joining Wallisdown Road has come to our attention ; alas , at present , it is “not adopted” so efforts are being made to keep this pedestrian cut-through monitored and cleared on a regular basis.

Amongst our ‘election pledges’ was the ambition to expand our Council’s “Street Champions” , our litter wardens who could and should be more integrated and known by our Residents to see them even more responsive to litter and alike issues.

We also are extremely keen to keep our Public Forums and Action Group meeting to continue and to expand their membership , attendance and ‘reach’ and along with thanking our Council officers who support these meetings we would like to thank all the volunteers , led by our Chair , Mr Bernie Culver and his ‘officers’ who organise , publicise and facilitate these invaluable community groups to whom we are happy to report and present ourselves as ‘answerable’ four or more times per year.

Thank you for your time , interest and support not only for these meetings but for your willingness to communicate with us on the widest range of issues.

Assuring you of our attention at all times.

Here are the latest dates, and I have attached a nice photo. Please let me know if there is any more info that you’d like. 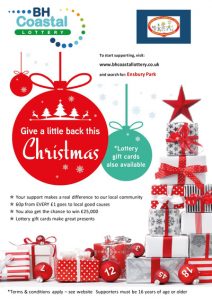